In 2008 the Vanity’s own Sean Cochrane helped director Marco Brambilla take the world on a journey from Hell to Heaven. In 2011 they re-introduced viewers to the art installion, this time in full 3d.

Civilization 3d (Megaplex) premiered at this year’s Flash:Light NYC within the historic walls of St. Patrick’s Old Cathedral. The piece interweaves nearly 500 looping video clips and has served as
inspiration for several other pieces. The groundbreaking video installation creates an engrossing experience that echo’s the church’s stained glass window imagery.

Civilization was originally commissioned by the Standard Hotel in New York’s Meat Packing District. The art can be seen in the hotel’s elevators as guest ascend to higher floors.

If you missed Flash:Light NYC, you can see Civilization 3d (Megaplex) at the Santa Monica Museum of Art from May 21 – August 20, 2011. If you’re in Toronto, you can come by and check it out on one of our 3d televisions.

Some reactions to Civilization 3d (Megaplex): 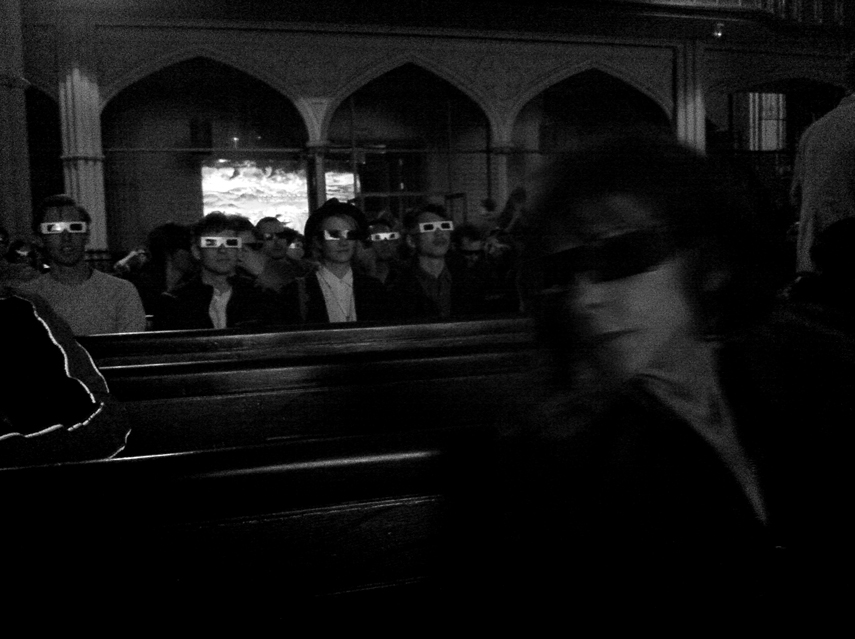