Drawing inspiration from classic cinematic ‘unmaskings’, Ben and Pat used an enticing in-camera aesthetic and personality-driven choreography to transform one awesome thing in to another. The body of the spot serves as a visual metaphor for Taco Bell’s latest offering, a burrito which is wrapped in a quesadilla.

Beginning with a tiger mascot, our hero enters the locker room only to reveal an actual tiger underneath. Once unleashed, the real tiger continues our mascot’s dialogue and then rips his own mask off to reveal a talking robot. The relentless string of reveals is capped by our moustached hero placing a mascot-style mask of himself atop his head.

theVanity was engaged in this project from its early days. Even before location scouting, theVanity vigorously worked to complete previs tests and experiments. Artists at theVanity handled VFX supervision, rotoscoping, compositing, as well as final grading of the film.

The short turnaround in the post-schedule made executing its complex VFX even more challenging â€” and because it all unfolds as an unbroken shot, hiding behind traditional VFX trickery was not an option. Working closely with the directors, theVanity skillfully combined an in-camera approach, meticulous planning, smart blocking, and a range of invisible effects to bring this spot to life. 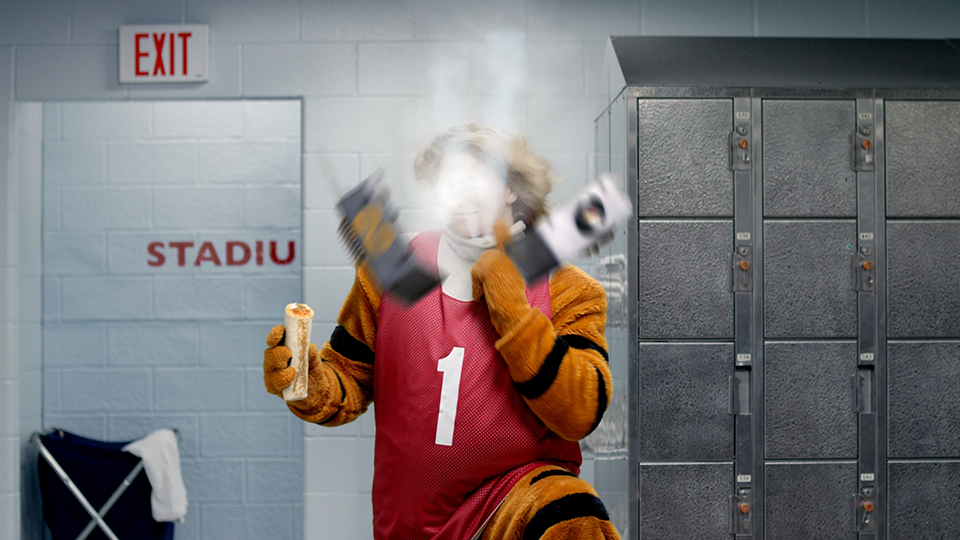 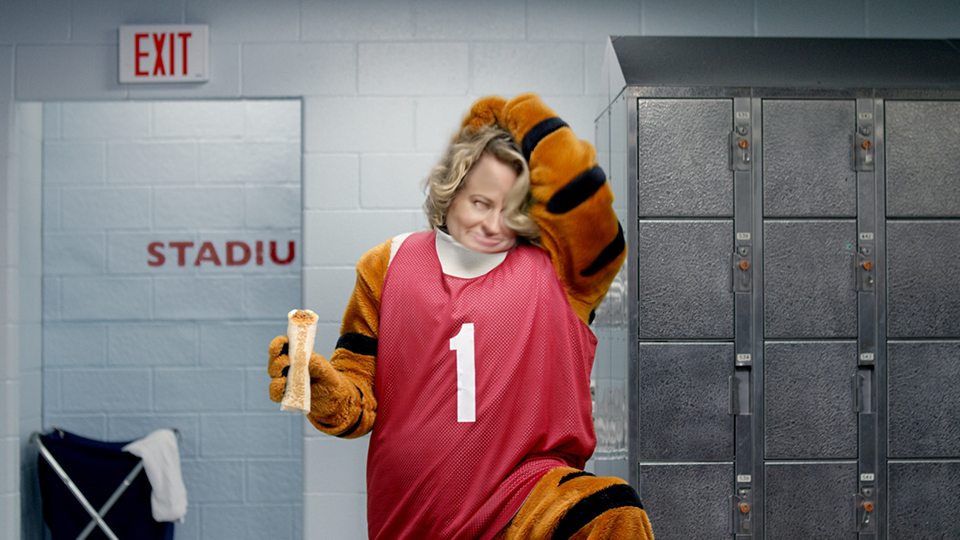 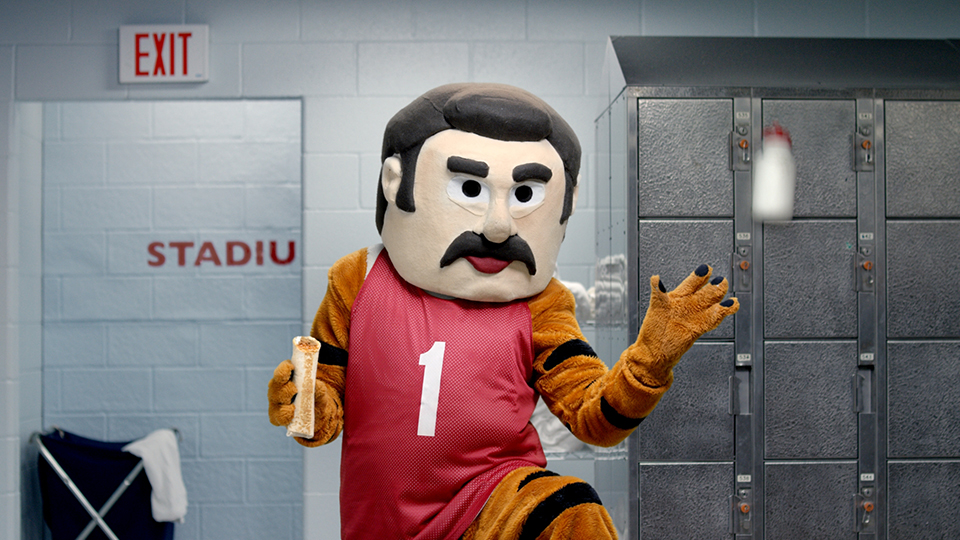